Review of Benin By Barbara Plankensteiner 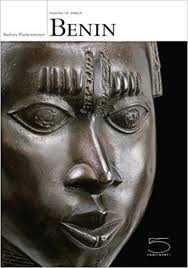 Barbara Plankensteiner is Director of the Museum am Rothenbaum--Kulturen und Künste der Welt (MARKK) in Hamburg. Before that, she was a Senior Curator for African Art at Yale University Art Gallery, New Haven, Connecticut, and Chief Curator and Deputy Director of the Museum für Völkerkunde (World Museum) in Vienna. In Visions of Africa: Benin, her contribution to the series Visions of Africa, published by 5 Continents Editions, she captures the history of the great Benin Kingdom in a detailed, yet concise monograph. Having curated the international exhibition Benin: Kings and Rituals, at Museum für Völkerkunde in Vienna, Plankensteiner, a leading expert in Benin history, succinctly presents her wealth of knowledge and experience on the topic from years of research and study. Drawing references from different accounts and presentations by different authors over the years, she summarizes the broad topic to give reader an up-to-date knowledge about the subject. An easily readable, yet rigorous, book, it offers an introduction to the court art of the Benin kingdom, one of the most powerful empires African empires for over four hundred years. Benin court artists produced thousands of works, mainly in copper alloys, wood and ivory for the royal palace at Benin City.

The book is structured in eight sections: History and Memory; Art for the Royal Palace; Glorious Heroes and Foreign Visitors; Sumptuous Palace Ceremonies; The Ruling Structure; Royal Guilds and Artists Workshops; Altars and Deities and The Significance of Benin Art in African Art History. These chapters offer a narrative of the historic events and court festivals/ceremonies which define the kingdom’s unique identity; the complex administrative hierarchy peculiar to the kingdom; the royal court art and craft guilds; and the significance of the court art in documenting events and preserving the rich cultural heritage of the kingdom for centuries. Each section, with references to the 52 plates contained in the book, takes the reader on an engaging, educative and discursive journey, probing prior knowledge and finding insightful answers to questions as the story unfolds. In the chapter titled History and Memory, Plankensteiner outlines and reflects on the events that led to the kingdom’s rise between the 16th and 18th century and it’s unfortunate collapse late in the 19th century. She describes the British “Punitive Expedition” of February 1897, when a very large number of artworks were taken by the British troops and eventually dispersed through museums allover the world.

Throughout the book the author presents the art of the Benin court as symbolic cultural representations used in different contexts including religion, memorials, and for decorative displays at shrines and the king’s court. The annual cycle of palace festivals/rituals, still celebrated till date, served to purify and strengthen the kingdom and were vital for the kingdom’s survival and prosperity. To round up the book, Barbara throws some light on The Significance of Benin Art in African Art History, addressing the question “Why were the Europeans interested in Benin Art?” She explores Post-expedition activities across Europe in the 20th century through an scholarly study and research on the thousands of bronze works taken from the kingdom that, eventually, contributed to bring both the art of the kingdom and that of the continent to a global limelight. This well-illustrated book is a great contribution towards a better understanding of the role these works played in the Benin Court.