Art Information One : A royal head within the context of Ife Art 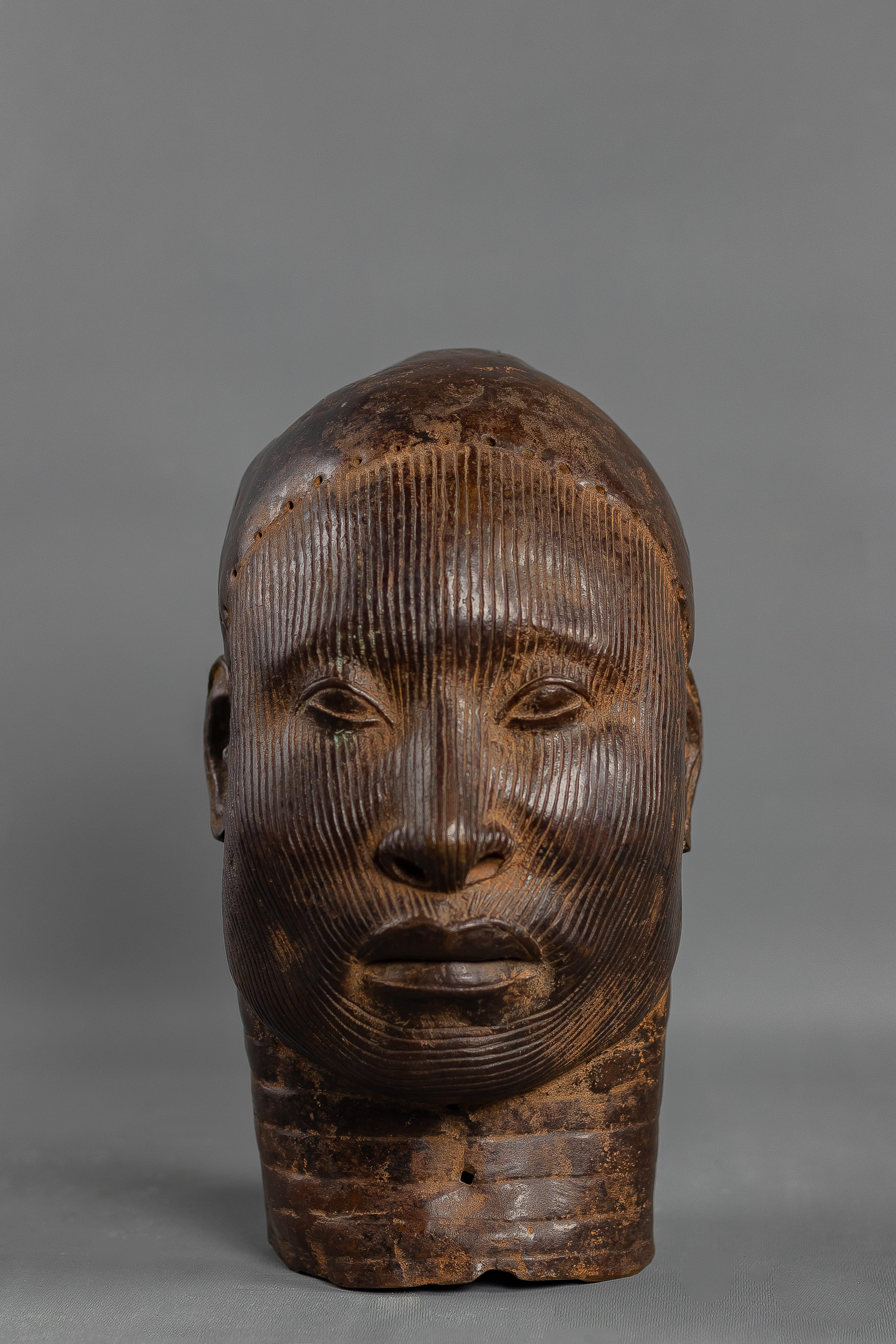 The first Ife head discovered, Olokun, was once mistaken to be from the lost city of Atlantis by a German ethnologist, Leo Frobenius, who could not believe that Africans were capable of creating art of that standard. However, when the figure of the Oni of Ife was later found in 1957 it was proven that Africans, Nigerians to be exact, were very capable of creating art and using it for means of self-expression. Due to political struggle in the civil war a lot of the rich art history of the Yoruba people and Ife were lost but despite this, many of the remaining art pieces discovered were kept safe to symbols of the rich culture and heritage of the Yorubas. The wax methods used during those times to create art were also lost and are no longer being used now causing them to no longer be replicated or more to be made.

How did this civil war affect the people of Ife? How did they come to finding the skills to preserve their culture? Which prominent people discovered the famous work of Ife? To know all these and more, click the link below to download the information sheet, prepared just for you to learn about the world of Ife Art.