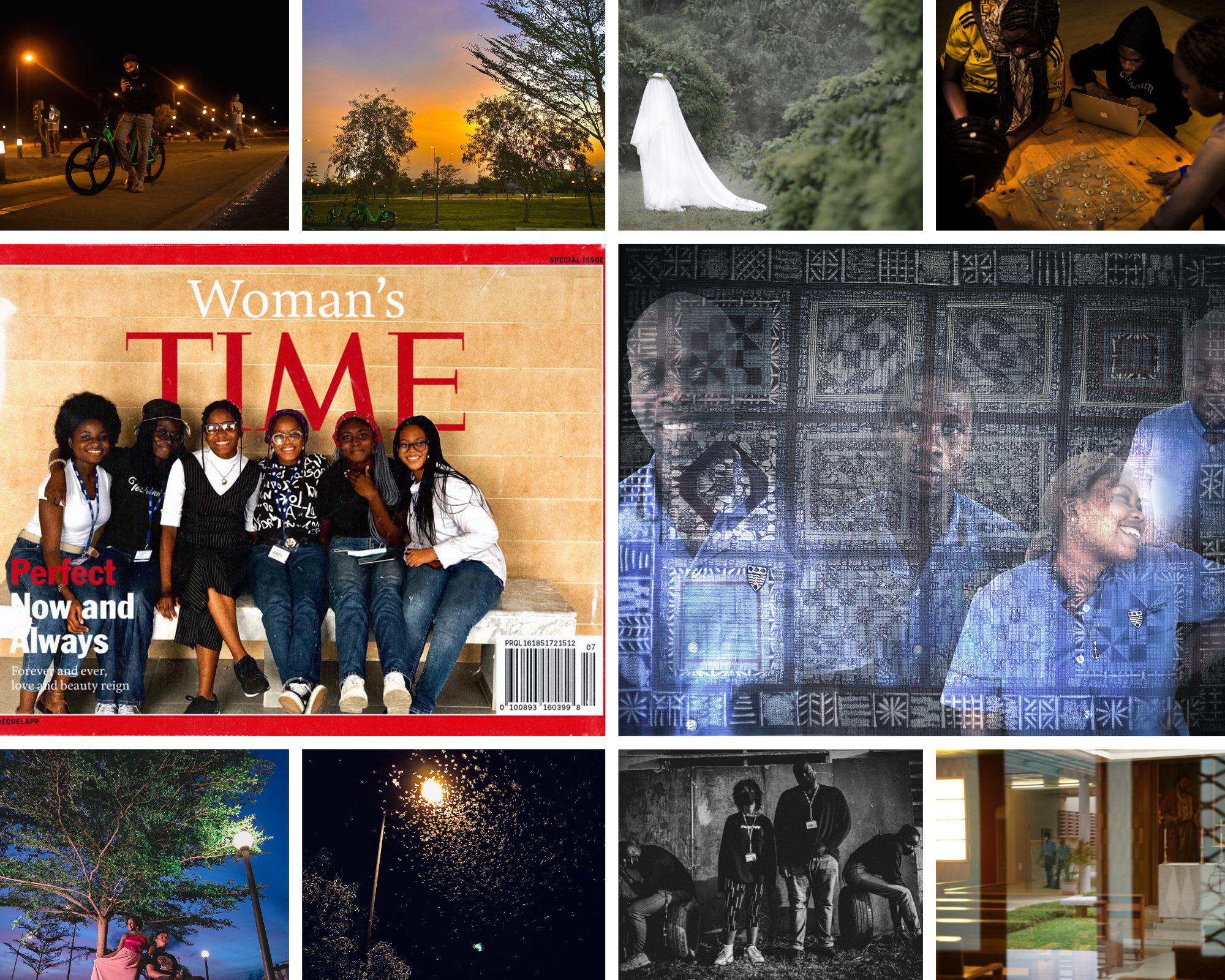 All roads led to the School of Science and Technology building, Pan-Atlantic University on the 19th of June 2021, as the maiden edition of the Yemisi Shyllon Museum of Art’s Photography Expo kicked off on a sunny Saturday afternoon.

This year’s edition which was sponsored by the Dashurs Foundation was themed “PAU’s Treasures”, and it showcased creative photographs from the students of Pan-Atlantic University, where the museum is located. These students were tasked with taking pictures that invited viewers to behold the values and stories told by their photographs, in a bid to portray the power of pictures that they say ‘speak a thousand words’.

After deadline day on the 30th of April 2021, a five-man jury made up of renowned gurus in the art and photography world in the persons of Uche Okpa-Iroha, Ugoma Adegoke, George Oshodi, Iheanyi Onwegbucha and Olufisayo Bakare meticulously analyzed nearly 50 submissions sent in by the students. They then narrowed the shortlist down to the top 20 photographs based on their picture quality, hidden message and creativity, in addition to the photography style used by each photographer.

Prior to the D-day, a mini competition was launched on Instagram where the shortlisted photographs were posted on the museum’s Instagram handle. The aim was to get extra points by becoming the most liked picture on the platform, and this contest was won by Destiny Obim-Anesodo in the Accounting department, 400 level, with his work titled “Night life” racking over 600 likes.

The foyer of the School of Science and Technology hosted the main event, with the sponsors ensuring that no expenses were spared in making the expo look like an art gallery exhibition. The pictures were printed on canvas and displayed all-round the exhibition area. The photographers themselves were also on ground to guide and tell the stories behind their pictures to the curious visitors and art enthusiasts, with many of them appreciating the quality of the photographs, the stories behind them and the way each concept was presented.

Some crowd favorites on the day include: “Hands Unseen”, a project by Oritsemisan Atigbi, a 400 Level student of Information Science and Media Studies who paid tribute to the hard-working facility staff of the university; “Maiden in a Spotless Garment” and “The Assumption” by Anthonio Maduadichie who is also a 400 Level student of Information Science and Media Studies, drawing his inspiration from the Blessed Virgin Mary. “Tiny Strangers” by Oluwayomi Vigo in 200 Level creatively captured the frequent visits of the university’s little insect ‘friends’ anytime it rained on campus, while Mirabelle Ndidi’s “Division of Labour” pictured a typical day in the life of students during their free time.

After the audience had basked in the creativity of the students, awards were presented to the top three submissions in the shortlist. Before that, the People’s Choice award with a cash prize of N10,000 was given to Destiny Obim-Anesodo for winning the Instagram competition. Mr Ibikunle Dashur, the Founder and Head of the Dashurs foundation was on hand to present the award to him and the top three contestants. Kelechi Onyeajuwa, an MSc Media and Communications student came in third in the overall rankings with one of his submissions titled “Chiezugo”, taking home the cash prize of N15,000. Oritsemisan Atigbi came in second for “Hands Unseen” and was awarded the cash prize of N20,000, while Mary Nkata, a 100 Level student of Computer Science shocked the crowd by becoming the first-ever winner of the photography competition, with her entry “Woman’s Time” judged as the best submission of the competition by the five-man panel, making her the recipient of the N50,000 grand prize.

In her speech, Mary expressed her joy as she thanked her friends for joining her to create the concept she had in mind for the picture. She explained that “Woman’s Time” was born out of the desire to showcase the power of the girl-child and friendship, and also to immortalize their time as friends and continue the trend they started in their Computer Science department.

The other shortlisted photographers were also handed participatory gift items provided by the Dashurs foundation for their outstanding contributions to the promotion of learning and enhancement of creativity and passion in their respective works. In addition, their works will be placed on auction as a way to appreciate them for their hard work and empower them to do more with their creative skills.

The partnership with the Yemisi Shyllon Museum of Arts is a way that the Dashurs foundation aims to support artistic minded institutions to develop traditional crafts, visual arts and photography. The museum hopes for more partnerships like this as it seeks to boost its sphere of influence and showcase the treasures hidden in the minds of the students at Pan-Atlantic University.