My Un-amazing Skills of Touring with Kids 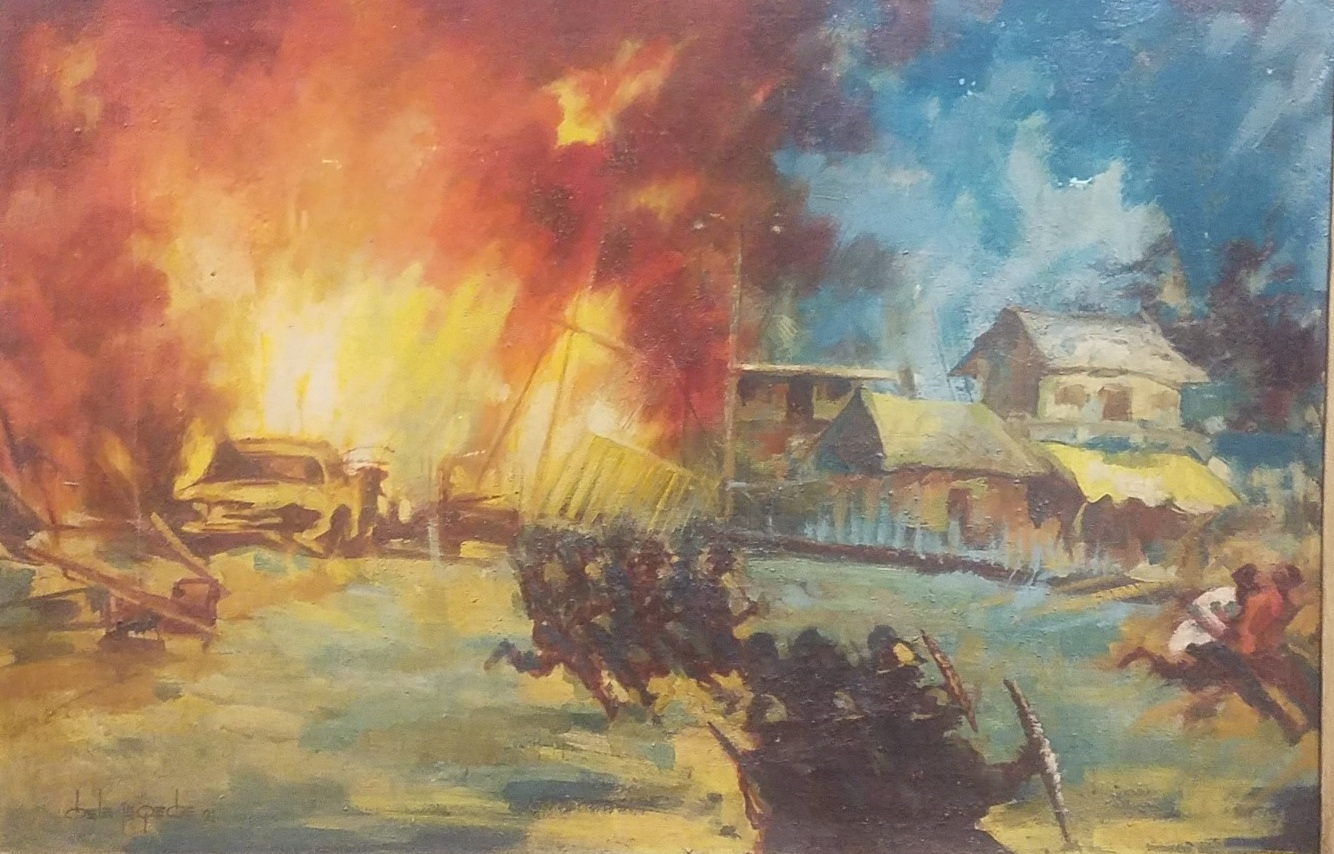 “Why is here red?” the young boy of five asks

“It represents a fire”

“What about these men in green?” he demands once again

“Well, they are soldiers. You can see them chasing these people over here”

“Did they kill them?”

“Maybe”, I try to say without using the word death.

“Why did the soldiers kill them? Were they bad people?” And this is where my throat closed up, my voice was lost and I instantly prayed for a miracle to come and distract the boy. I was nervous as I watched the boy watching me, unsure of how to proceed.

“Think of it as a war. During the war, some people get killed”

“But isn’t that wrong?” How I was supposed to explain that things weren’t black and white in life to a five-year-old boy scared me to bits. If it were a teenager, it would have been easier to explain the Military regime era and all that transpired between the soldiers and the civilians; but I was talking to a five-year-old that believed killing was wrong and bad, no matter the situation. If my cousins had taught me anything, it was children never forget and tend to repeat what you tell them, especially in front of their parents. At that moment, my miracle appeared in form of his elder sister that wanted me to explain another artwork on display called, ‘Miracle for Sale’ by Ben Osaghae and I was more than happy to comply. I looked up to see their mother staring at us as she throws out a smile, relaxing my nerves a little that I have not tainted the hearts of her joyful and energetic children yet.

I’d only been working at Yemisi Shyllon Museum of Art for about a month and quickly had to pick up information from tours I had witnessed. With the number of staff on ground, we all had to play tour guides at one point or the other. It had been a slow day when one of the staff of Pan-Atlantic University had dropped by with three of her kids and I was the only one available. Mind you, it wasn’t my first-time taking people on a tour; but it was my first time having to handle a group of visitors who were not old enough to attempt further math. Once the tour began and they had thrown their first question, I knew this was not going to be the normal glance and go like some teenagers and adults tend to do when they visit us. But having gone through this experience, I have learnt some things and came up with what I call ‘The six-kid Rule’ when touring with kids in museums:

Rule #1: Be equipped with every knowledge about every artwork possible. With adults, it’s easier to glide through without dwelling so much on each art piece on display. However, I came to realize that once an artwork fascinates them, you must be ready to answer every question they throw at you. At first, it starts with the occasional, ‘What is this?’ to ‘why this’ or ‘how did the artist do this?’ and sometimes much more specific questions like ‘why is the man dancing and the woman lying on the floor?’ or ‘why does his face look funny?’ which led me to my make my next rule.

Rule #2: Craft and dramatize a story around your artworks. Storytelling is believed to be one of the greatest assets to catch the interest of children. Its why even art books have a little bit of storytelling so that the children will be eager to learn and will never forget what they have read. Storytelling also simplifies the words behind the artwork and brings it to life as a way of making children wonder and marvel at the beauty of the art piece before them.

Rule #3: If your words are not simple enough, you’ve lost their attention. As part of rule number two, I realized that the most effective way of both parties enjoying the tour is to simplify the words as much as possible. Like many other fields and jobs, museums have their terminologies and certain words they can’t seem to escape when describing an artwork. Unfortunately, what works for an adult can cause a migraine for a child. You must be able to relate the artwork to things around them. For instance, “There was a time when we had our very own superhero. He was called Sango, the god of thunder. He protected the Yoruba people and because of that, these sculptures were carved years later to remember him”. This way, the word superhero relates to the liking of the child, you’ve given them a little bit about the history and you’ve held their attention for that period.

Rule #4: Don’t get lost in your facts; you’ll end up having noisy children. Put a child in a place where everything is new to them and you won’t hear the end of their voice. It’s fascinating to see when the kids keep saying, ‘Look at that’ or ‘see this one’ or ‘Woah!’. But in cases of a museum where one is expected to take them on a tour, those fascinations can become noise and you could lose their attention easily, especially if you’re more focused on dishing out the facts and less about it they understood what you have said. I admit, it’s not easy trying to keep all their attention at once and you may lose some on the way. But from experiences I’ve had at the YSMA, randomly asking them about themselves from time to time or what they’ve loved about the museum so far will keep them engaged. If there’s one thing that kids and adults have in common, it’s that they love to talk about themselves.

Rule #5: Patience is your ticket to a happy child. As I mentioned at the beginning, a rolling amount of questions can be frustrating, especially if you’re trying to keep time on a tour visit. It can also be uncomfortable, especially when the child begins to ask questions that are not related to the artwork itself or even the artist. To say that the five-year-old ended his question about the said painting is an understatement. To be able to put his mind at ease, I promised that when I come in contact with the artist, I would gather his answers and get them across to him. I am yet to still meet Dele Jegede and even though I may have some ideas on how to answer the questions, I think the answers coming from the artist will be even more exciting than my theories. I wasn’t even born during the Military regime so I can only repeat based on written history and what I was taught in secondary school. To get back on track, you can either find something else that might draw their attention, reassure them of attending to their curiosity later on or be willing to smash every question thrown at you. Trust me when I say ignoring them will only dampen their spirits.

Rule #6: Always have an after-activity for them, no matter how small it is. I also realized that having an activity for them to do at the end of the tour is a nice way to get feedback on your performance level. A child being able to remember at least one thing you said during the tour can be an accomplishment, and it also gives you the opportunity to see what they love to do. Although I only gave them a pen and paper to draw something for me, it was fulfilling to see them getting excited and wishing they had crayons to color the drawing.

And this is where my journey of practicing the language of children in a museum began. Since then, I took a group of Jss3 students from Hilrange Secondary School in Enugu on a tour. I am not an expert on children and museum tours, therefore everything I do at the YSMA museum is a learning process for me. Children can be a lot to handle but I can only say that if we take a moment to listen to some things they say or questions they ask, we might just be able to capture something interesting amidst their curiosity.